(Crain's) - A word of caution to prospective BrightStar Healthcare franchisees: Those who find the thought of hugging the CEO disagreeable need not apply.

"Some people may be very uncomfortable having the CEO hug them," said Shelly Sun, BrightStar's 36-year-old CEO. "They're not for us."

If Ms. Sun's approach seems a little touchy feely for the business world, that may be because she's in a touchy feely business.

BrightStar, which Ms. Sun founded in 2002 with her husband, offers a wide variety of home health care services from recording vital signs to help in administering medication. It also provides non-medical care such as help with shopping, dressing and bathing or merely companionship.

BrightStar has three company owned locations, all in the Chicago area, and 23 franchisee locations, but Ms. Sun has ambitious growth plans.

"We expect to be a household name in three to five years," she said, adding that she wants 400 BrightStar locations by the end of 2010.

Ms. Sun, who holds a master's degree in accounting from the University of Colorado, has a strong background in finance. She became a vice-president at CNA Insurance at 29, heading up the company's Securities and Exchange Commission reporting team. She admits giving up the security of her corporate job and starting up a new business was "absolutely scary."

She unfortunately discovered first hand the niche BrightStar is intended to fill when trying to arrange care for her husband's cancer-stricken grandmother.

"We had to go to three companies to get (what we wanted) done, and some of them wouldn't even show up" when scheduled, she said.

BrightStar indulges "both sides of (her) personality" - her desire to help people plus her disciplined, numbers-oriented professional background, she said.

Thus far, BrightStar has caught the eye of the state of Illinois. BrightStar was named one of 13 "Innovate Illinois" winners last month, a designation that brought the company a $10,000 state grant and access to entrepreneurial mentoring services. Ms. Sun declined to provide BrightStar's annual revenues, but said it is profitable.

Now that BrightStar has gained a little traction, Ms. Sun must move on to her next challenge: expanding the company through franchising.

She fields about 400 inquires a month from people interested in starting a franchise and whittles that down to between two and four people a month who are awarded franchises.

When looking for franchisees, it's important to find candidates with the right mix of sales, people and financial skills, said Don Boroian, CEO of Francorp Inc., an Olympia Fields franchising consultant that has helped brands such as Blockbuster, Auntie's Anne's and Jimmy John's.

It's also important to choose franchisees who view themselves more as managers and less as entrepreneurs, even though they're in some ways starting their own business, he said.

"The (franchisee) is someone who's given a plan and expected to execute on the plan," Mr. Boroian said. "You don't want someone who's going to be tinkering with the concept."

She looks for outgoing people with sales skills, who typically have been through some sort of home health care experience with a loved one. The typical BrightStar franchisee is a former corporate executive with a net worth in excess of $1.5 million, she said.

A former CEO of a mid-sized IT equipment manufacturer, Brian Fitzpatrick fit the description of what Ms. Sun was looking for in a franchisee.

He said he looked at similar several senior care companies in his search for franchising opportunities, but Ms. Sun's"passion and vision" persuaded him to become a BrightStar franchisee.

When he was having lots of problems finding a"No. 2" person for his business, Ms. Sun offered to fly out to Philadelphia and help him conduct interviews and make the hiring decision.

"She recognized that was the single biggest obstacle I had at the time in moving the business from point A to point B," he said. "At her own expense and on her own time, she did that for me." 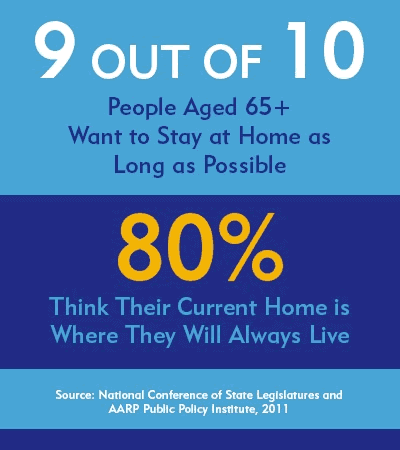 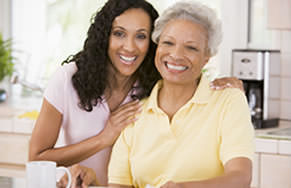