Ron has an extensive background in franchising.  He has managed a number of franchised and other companies since 1974, including National Video (746 units) and The Pro Image (240 units), and served on the Board of Directors of the International Franchise Association in the 80's, the 90's, and until 2010.

How was Figaro's originally conceived and started?

Two entrepreneurs in Salem and Albany, Oregon believed that young families with small children loved pizza for dinner, but wanted wholesome ingredients, hot when they wanted to eat, and at a reasonable cost. They came up with the idea of what they called 'take and bake' pizza and opened their first Figaro'sretail store. It was a huge success.

What do you believe is the single most important factor when choosing a franchise?

Ray Kroc of McDonald's famously said that nothing is more important than great systems and technology. His point - that what a franchisee needs most are proven systems that insure every customer gets the same great product, each and every time. I agree.

Why should someone choose Figaro's Pizza Franchise over other similar franchises?

Figaro's offers many unique differentiation points. We are the only stores, for example, that deliver both baked and unbaked pizzas to the customer's home. Our pizzas are works of art; they look better and taste better. And, they're better for you. We use leaner meats, for example, with no fillers, extenders, or MSG added.

What makes the quick casual franchise industry or pizza franchises in particular, attractive?

Pizza is one of the most popular foods, and our industry keeps on growing, as the varieties of pizza crusts, sauces, and toppings keeps growing.

What types of qualities do you look for in potential Pizza Franchise Owners?

We look for people who love serving people, who are focused on giving customers great product and service.

What do your franchise fees and royalties cover?

Our franchise fees primarily pay for a full month of training and support, both before, during, and after the store opens. The continuing royalties pay for support, product development, business development and, of course, profit.

Why has your franchise model been successful?

Where do you see Figaro's Pizza Franchise in 5-10 years?

Everywhere! We opened our first restaurants outside the U.S. in 2007, and now have six in Abu Dhabi, Dubai, and Cyprus. Within 10 years, we expect to be in countries in every continent, and to be well on the way to being a top global brand.

What would you tell potential franchisees that may be nervous about the financial burdens of starting a franchise?

Can you explain your financial assistance?

We connect our franchisees to outside sources of capital.

On average, how long does it take to start a new franchise from the franchisees point of view?

60 - 150 days, depending primarily on the site availability and condition. 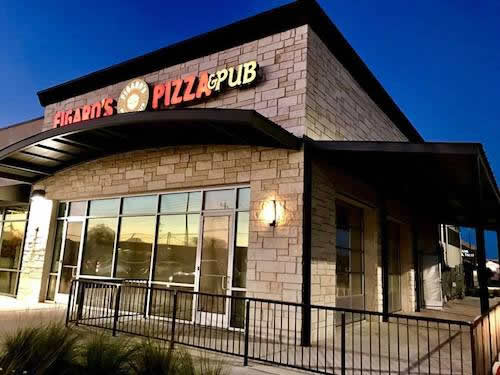 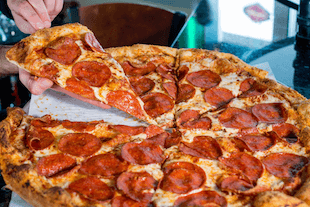 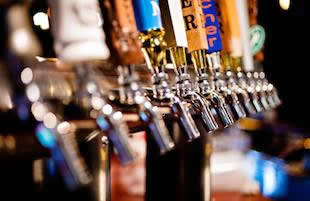 Interested parties should have at least $250,000 in liquid capital to invest.

Figaro's Pizza
@FigarosPizza
Our hearts go out to everyone affected by the fires! Through September 30th, participating local Figaro's are givin… https://t.co/6jPi3Bd2nZ
September 17, 2020 14:29 ReplyRetweetFavorite

Figaro's Pizza
@FigarosPizza
Let us do the cooking! This week’s featured pizza is the Creamy Garlic Chicken with tender cuts of chicken, hearty… https://t.co/GQN90wTzOe
September 14, 2020 17:43 ReplyRetweetFavorite

Figaro's Pizza
@FigarosPizza
The Calzone is like a precious gift wrapped in pizza dough and cooked to perfection. https://t.co/FQM5xXxgbt
September 4, 2020 14:35 ReplyRetweetFavorite

Figaro's Pizza
@FigarosPizza
This is how you know it's time to get more pizza. Get some at https://t.co/gLtrsqKqfg https://t.co/RQ31G7WjbZ
September 2, 2020 15:58 ReplyRetweetFavorite