What Does a Mars Venus Coaching Franchise Cost?

The world has spoken and has made the book Men are from Mars, Women are from Venus, the highest selling commercial book in the 1990s next to The Bible. This has created a true Mega Brand, that has been supported by constant media attention across the world. Additionally, with $50 million having been spent internationally on brand development, this has created a demand for the Mars Venus Brand that is second to none.

Simultaneously, the coaching industry has become one of the fastest growing industries in the world. Coaching has become a sought after and necessary part of professional and personal life across the globe, and Mars Venus is the world's No 1 coaching franchise. 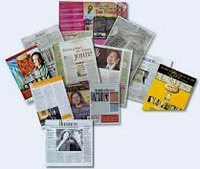 The Mars Venus system has introduced a support structure designed to support Master and Unit Franchisees through a number of key areas including:

The Mars Venus Franchise system offers Master and Unit Franchisees unparalleled profit potential through the rollout of the Mars Venus system to both the corporate and lifestyle markets, and is further boosted by the sales of a range of the highest selling Mars Venus merchandise and products.

Mars Venus franchisees will benefit from

Across the globe for over 25 years the Mars Venus Brand has enjoyed phenomenal growth and success and now offers franchisees an unmatched opportunity to capitalize on this Mega Brand.

Please note, interested parties should have at least $20,000 to invest.