This milestone in the company history places Tax Centers of America among the country's best and most successful franchise companies.

What Does a Tax Centers of America Franchise Cost? 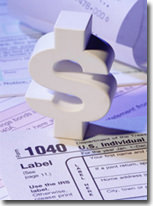 , with corporate offices in Russellville, Arkansas, started business in 1992. With the growth and success of the company during the first three years, Tax Centers of America developed into a franchise system in 1995. Since that time, we have continued to expand and now support 127 franchise territories in 25 states across the country, operating more than 200 tax offices. Tax Centers of America is now a registered agent to market franchise sales in all 50 states.

Tax Centers of America has gained significant national recognition over the past year. In 2006 and 2007, the company was awarded the No. #1 ranking in the Finance & Tax Category in the Franchise50 Satisfaction Awards sponsored by Franchise Business Review. In the survey, nearly 350 leading franchise systems, representing over 75,000 franchise owners, were asked to rate their level of satisfaction with the service and support they received from their franchisors. Those results also ranked Tax Centers of America among America's Top 50 franchise companies.

As a franchisee, you also have access to business expansion through our exclusive EZ Income Tax Satellite office program. There is no limit to the amount of income you can generate in a tax business with Tax Centers of America.

"I wanted a service that would supplement my current business and provide some additional income during the slow winter months. A tax business with Tax Centers of America met my needs and expectations perfectly. I can generate a nice income in a short period of time and my tax service brings new customers into my regular business."Franchisee – Arkansas

"I was looking for a business opportunity where I could expand without exorbitant costs. The Buy 1 Get 4 Free offer with Tax Centers of America was the ticket! With multiple franchise territories and satellite office capabilities, there is no limit to the kind of expansion I can see with my business."Franchisee - Nebraska

"When I looked into other tax business franchises, I found high franchise fees, high royalty percentages and unavailable territories in the markets I was interested in. With Tax Centers of America, I found everything I was looking for. The future looks very bright for my business."Franchisee - Florida

We have more information on Tax Centers of America available today for you to review.

Tax Centers of America is currently accepting inquiries from the following states:

If you're still considering Tax Centers of America, why not take a moment to learn a little more?