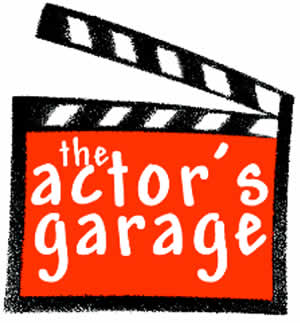 the actor's garage is an international franchise offering after school classes, birthday parties, mom's night out and so much more...

What Does a actor's garage, the Franchise Cost?

To buy a franchise with actor's garage, the, you'll need to have at least $45,000 in liquid capital. They also offer financing via 3rd party. *

The actors garage Franchise Information:
If you are looking to be in a position to help build a childs dream of seeing themselves on the big or little screen, and simultaneously helping build their self-esteem, of being your own boss, being financially independent while working flexible hours, look no further!

The actors garage, an after school and weekend program, gives you the opportunity to help a child understand that it is their individuality, in itself, that is their greatest gift. You will have the chance to see shy children come out of their shells, and children who were once fearful to speak in public, embrace it! You may even spot the next budding Julia Roberts or George Clooney in the making!


Not a professional actor?
Not to worry, the most important ingredient in our business is our teachers' natural ability to connect with and to want to inspire children. We have found some of our greatest teachers have never even thought of becoming actors.

Why every child can be your student.
Whether a child is interested in acting or not, this is the place for them. In addition to teaching acting techniques for TV, film and commercials, stand-up and improve comedy, the children will learn valuable life skills such as:

The actors garage is in partnership with some of the leading after school foundations such as LA Best an Anderson Enrichment in LA, TASC in New York City and BOCES in Westchester and Nassau County.

What does an actors garage franchise offer?
The actors garage was founded by actress and comedian Ann Gray. Ann has trained in New York City acting schools such as The Barrow Group, The Gene Frankel Theatre and William Esper Studios. In addition, Ann has taken classes with some of New York Citys top casting directors. Through Anns career she has fostered these relationships and brought them to the actors garage with her. 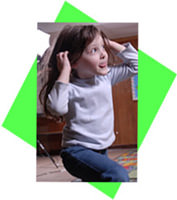 Ann has put together a curriculum while working in her privately owned actor's garage studios' prior to Franchising. There are enough lesson plans so that every age group may take the classes for 3 years and never repeat a class! Yes, we have over 100 lesson plans for each age group. Ann's locations are spread across NY, NJ, and CT. Her curriculum is based on her experience as a working actress in TV, film and commercials and the wonderful programs she has been a part of. It is her belief that if children are taught to embrace themselves and the gifts they are given, they may become not only an actor but a more enriched individual.

In addition to low, low, start-up costs and overhead, great training, and awesome support, one of our major assets is a lesson plan proven by well over 1,000 children in the past 3 years as well as the hundreds of students through the partnerships with LA Best, Anderson Enrichment, TASC, and BOCES  and they keep coming back! Thats right! In just 3 years, the actors garage has taught over 1,000 students in Ann's private studios. Each session we have been asked Why? Because simply put, no one else accomplishes what we do! We are the only program to offer TV, film and commercial classes on camera!

The actors garage was singled out by Entrepreneur Magazine in the February 2007 issue as finding a unique way to target the childrens marketand attracting parents by teaching kids important skills and values"!

NY, NJ, DE, CT, NH, MA, ME, PA, CA. THE ACTOR'S GARAGE IS AN INTERNATIONAL FRANCHISE. INTERESTED PARTIES SHOULD HAVE AT LEAST $30,000 TO INVEST.

THIS IS NOT AN OFFER TO SELL A FRANCHISE. THIS FRANCHISE IS OFFERED ONLY BY OUR DELIVERY OF A FRANCHISE OFFERING CIRCULAR TO YOU IN COMPLIANCE WITH THE FEDERAL TRADE COMMISSIONS RULE ON FRANCHISING AND VARIOUS STATE LAWS REGULATING THE OFFER AND SALE OF FRANCHISES.THE FRANCHISE INFORMATION ON THIS WEB SITE DOES NOT CONSTITUTE THE OFFER OF A FRANCHISE TO RESIDENTS OF THE FOLLOWING STATES: CALIFORNIA, FLORIDA, HAWAII, ILLINOIS, INDIANA, KENTUCKY, MARYLAND, MICHIGAN, MINNESOTA, NEBRASKA, NORTH DAKOTA, RHODE ISLAND, SOUTH DAKOTA, TEXAS, UTAH, VIRGINIA, WASHINGTON OR WISCONSIN. THIS WEB SITE INFORMATION IS NOT DIRECTED TO ANY PERSON IN THE STATES LISTED ABOVE BY OR ON BEHALF OF THE FRANCHISOR OR ANYONE ACTING WITH THE FRANCHISORS KNOWLEDGE. NO FRANCHISES CAN BE OFFERED OR SOLD IN THE STATES LISTED ABOVE UNTIL THE FRANCHISE OFFERING HAS BEEN FILED OR REGISTERED AND DECLARED EFFECTIVE BY THE APPROPRIATE REGULATORY AUTHORITY, AND THE UNIFORM FRANCHISE OFFERING CIRCULAR HAS BEEN DELIVERED TO THE OFFEREE BEFORE THE SALE WITHIN THE TIME PERIOD REQUIRED UNDER APPLICABLE LAW.

We have more information on actor's garage, the available today for you to review.

actor's garage, the is currently accepting inquiries from the following states:

actor's garage, the is also currently accepting inquiries from Canada and outside the U.S., but not from the European Union.

If you're still considering actor's garage, the, why not take a moment to learn a little more?