What Does a Taco John's Mexican QSR Franchise Franchise Cost in 2020?

Taco John's is one of the largest Mexican quick-service restaurant brands in the United States, and we have been serving bold, original, Mexican-inspired flavors since 1969. Over the years, we've developed a cult-like fan base, especially in the central and north central United States. We have hundreds of locations throughout the United States and are now bringing our fresh, fast Mexican food to more areas, particularly those east of the Mississippi where the fast-growing Mexican QSR category currently offers only one national competitor and there is a demand for alternatives.

Taco John's was founded by James Woodson and Harold Holmes. The pair pioneered a commitment to quality and freshness that sets Taco John's apart, and which has the brand positioned to win over new customers.

"Millennials and Gen X want food that is authentic, that uses real ingredients and that has bold, spicy flavors," says CEO Jeff Linville. "Taco John's already has a strong following, and there is only one nationwide competitor in Mexican QSR. We've competed head-to-head against that brand, successfully, for more than four decades."

Linville and his team have proven to be expert at growing brands. As part of the senior leadership team for one of the largest food service franchisees in the history of franchising, they played a major role in increasing the pace of store openings by 62% and helped open hundreds of new restaurants. Linville is leveraging that experience to create exponential growth and accelerate Taco John's at a similar pace. As he was learning about the company while considering the CEO position in 2013, "It started to hit me, why doesn't Taco John's have 1,000 restaurants? 2,000? There is a huge growth opportunity with Taco John's." Linville took the CEO position to make it happen.

We are looking for multi-unit food, c-store and retail operators, high net-worth individuals, business owners, real estate developers, and business executives that exhibit the qualities necessary to be a Taco John's franchisee. This includes at least $350,000 in liquid assets and a net worth of $500,000 for a single unit and at least $500,000 in liquid assets and $1 million in net worth for a multi-unit agreement. We are looking for people who are willing to be trained in executing the Taco John's operating system or include experienced operators and full-time restaurant managers.

QSR magazine recently highlighted the popularity of Mexican food, and the demand for Mexican QSR:

QSR Mexican is enormously popular and there is currently only one national competitor in the segment. In every other segment of the fast food industry, multiple large brands compete. Taco John's plans to become the second national competitor in Mexican QSR. As any sophisticated restaurant investor will tell you, most of the economic benefit of any food segment goes to the top two players in that segment.

What Is Taco John's?

Taco John's is one of the largest quick-service Mexican food franchises in the United States, and it has won a cult-like following thanks to its bold flavors, fresh ingredients and commitment to quality. We coined the term Taco Tuesday® and have been a cultural phenomenon for decades. Our first restaurant opened in 1969 in Cheyenne, Wyoming, and we are growing nationwide – particularly in areas east of the Mississippi where the fast-growing Mexican QSR category currently offers only one national competitor and there is a demand for alternatives.

Nearly 60 percent of Taco John's food goes out the drive-thru window. Since more than half of our customers don't step inside the restaurant, this allows franchisees to build smaller restaurants, which reduces land lease or acquisition cost and construction costs without impacting sales. Because we diversify our food offering over three dayparts, our business is easier to manage than "lunch dominant" or "dinner dominant" brands. We were the first Mexican QSR to offer breakfast burritos, and our breakfast daypart has grown steadily for several years.

Our menu is bold and robust. We have a unique flavor profile that comes from our own secret mix of spices, and our brand has been built around unique menu items such as Taco Bravo®, Potato Ole's®, and Meat and Potato Burrito along with handmade chips and shells, Mexican-inspired wings, and quality produce.

Taco John's has been unapologetic about using real ingredients, about not taking shortcuts and about doing things a little differently.

We are privately owned and led by a management team with deep operational experience that knows its way around a kitchen and learned the business in the trenches. One of the biggest complaints food service franchisees have about the industry is being led by "empty suits in ivory towers," "bean counters in finance" or executives who simply don't get how their decisions and initiatives impact restaurant operations and unit-level economics. Our executive team has decades of experience in the fast food industry and a track record of helping brands – and franchisees – grow. CEO Jeff Linville, who took the helm in 2013, says Taco John's is perfectly poised to capture customers.

"Taco John's has always stood for quality, and when you look at the Millennial group that all QSRs are trying to capture, they value quality, freshness and bold flavors," he says. "Some fast food giants are suffering because they forgot about quality in their efforts to drive down food prices. That's not something we will ever do. Quality is our business. Customers seek it out. The result is that, even during the recession, Taco John's never lost momentum. In fact, we have had same-store sales growth for 19 straight years. Now that the economy is growing, we're doing even better."

Why Now Is A Great Time To Open A Taco John's

Taco John's is a proven concept that has grown to several hundred locations since 1969 – and its growth is accelerating. Our commitment to quality, freshness and bold flavors is a perfect match for what diners are looking for today, which is one reason our customer following is so strong.

For more than four decades, we have competed head-to-head against the nation's largest Mexican QSR restaurant chain, and we know how to carve out our own niche in the marketplace and win loyal, high-frequency customers and convert them to brand champions. There is a huge opportunity for growth in the Mexican QSR segment. While other food segments – burgers, sandwiches, pizza – feature multiple nationwide competitors, that's not yet the case among Mexican fast food franchises. There's only one nationwide player – and there is room for a higher-quality alternative for customers. Taco John's is squarely positioned to occupy the second player position, and we are looking for multi-unit franchisees who want a new business to grow. The Mexican QSR category is outpacing the fast food industry, according to The NPD Group. While traffic to QSRs overall grew just 1% in 2014, traffic to Mexican QSRs grew 6%. Total spending for the fast food industry grew 3% in 2014, while spending at Mexican QSRs grew 10%. We've got the wind at our backs, "brand champion" customers, a time-tested and proven menu and a highly experienced and results-oriented team driving the business forward.

To learn more about our business, customers, franchisees, management team and development options, fill out the form. 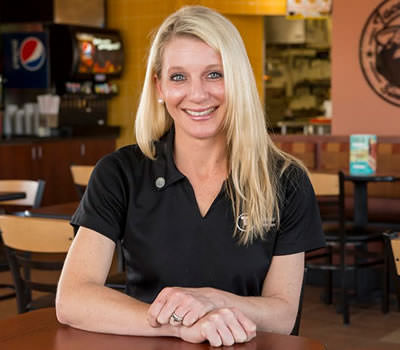 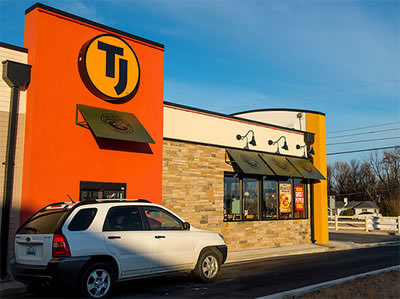 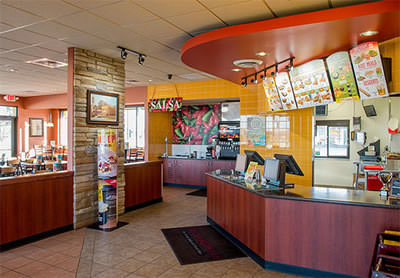 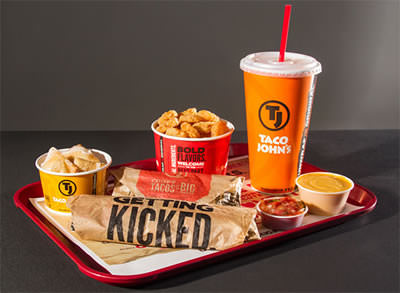 Interested parties should have at least $350,000 in liquid capital to invest.

tacojohns
@tacojohns
@lollobrigida Hey Christina. Please go to the Need Help? on the More section in the app. Then click on App Feedback… https://t.co/JYRSSvcPGY
December 4, 2020 21:50 ReplyRetweetFavorite

tacojohns
@tacojohns
@Chrisfd93 Thanks for reaching out, Chris! We are always looking for great locations to bring Taco John's to. Your… https://t.co/1GlL4is3RN
December 4, 2020 14:27 ReplyRetweetFavorite

tacojohns
@tacojohns
RT @sarahsteinfeldt: Nachos navidad is back for the season and frankly I can't think of anything we need more @tacojohns
December 4, 2020 14:26 ReplyRetweetFavorite

tacojohns
@tacojohns
You never have to wait for autumn, Potato Olés® are always in season. Mostly because they don’t grow on trees.… https://t.co/oR34Jb9mes
December 4, 2020 12:00 ReplyRetweetFavorite

tacojohns
@tacojohns
@tdogg1967 Oh no! Thanks for reaching out. Can you please fill out our customer care form so that we can assist you… https://t.co/uS3I0H5IgQ
December 3, 2020 23:04 ReplyRetweetFavorite

tacojohns
@tacojohns
@tdogg1967 Oh no! Thanks for reaching out. Can you please fill out our customer care form so that we can assist you… https://t.co/zFOSRdxILi
December 3, 2020 15:26 ReplyRetweetFavorite

tacojohns
@tacojohns
@tdogg1967 Oh no! Thanks for reaching out. Can you please fill out our customer care form so that we can assist you… https://t.co/hYQG2rkPAP
December 3, 2020 15:25 ReplyRetweetFavorite