See how you can own a Vito & Nick's II Pizza Restaurant franchise of your own!Thin crust pizza combined with a tangy tomato sauce, carefully seaso

What Does a Vito & Nick's II Franchise Cost?

We have been providing our fresh frozen pizzas to our friends all over the world with great response and success! We have been told that it is like having Nick in the kitchen at home!

Soon after we were shipping our frozen pizzas to our loyal customers, we received emails and letters from the far and away Vito & Nick's II friends saying that the pizza tastes perfect and just like they got it in our restaurant. The only thing missing was the restaurant and the great atmosphere we all love when we are in a Vito & Nick's II. You asked for our pizza frozen, you got it....

You Ask For The Restaurant??? Now You Can Have It!!!

We are now offering franchise location opportunities so that you can enjoy all we have enjoyed in serving you for all these years!

A few of the many benefits offered to you include: 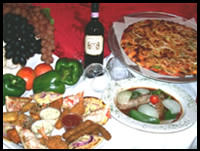 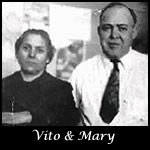 In 1932, Vito Barraco, my grandfather, opened his first business, Vito's Tavern, on the south side of Chicago. After 13 years of thriving business, my father, Nicholas Barraco, joined my grandfather in business with intentions to expand Vito's Tavern. The expansion started with a limited menu of Italian dishes prepared by my grandmother, Mary Barraco. Vito & Nick's soon became a welcomed name in the hearts of the neighborhood.

Shortly after, my mother, also named Mary Barraco, added the first pizza to the menu. The recipe was a cracker thin true original pizza that made its mark on history! By the early 1960's the name Vito & Nick's had become a household name known for having the "Best Pizza Anywhere". 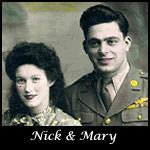 I, Nicholas Barraco II, continued my father's objective with the further expansion of Vito & Nick's. Working in this business my entire life, I have been fortunate enough to open two restaurants named Vito & Nick's II ®. Thanks to all the wonderful people I have served over so many years, Vito & Nick's II ® has achieved great success. Thank You!

It was our resolution, after 10 years of research, to develop a process in which we can deliver the finest fresh frozen pizza, anywhere! Today, all our aspirations have come to be, Vito & Nick's II ® is now serving the nation.

We have more information on Vito & Nick's II available today for you to review.

Interested parties should have at least $30,000 in liquid capital to invest.

If you're still considering Vito & Nick's II, why not take a moment to learn a little more?