12 Lessons While Nearing the End of the Road 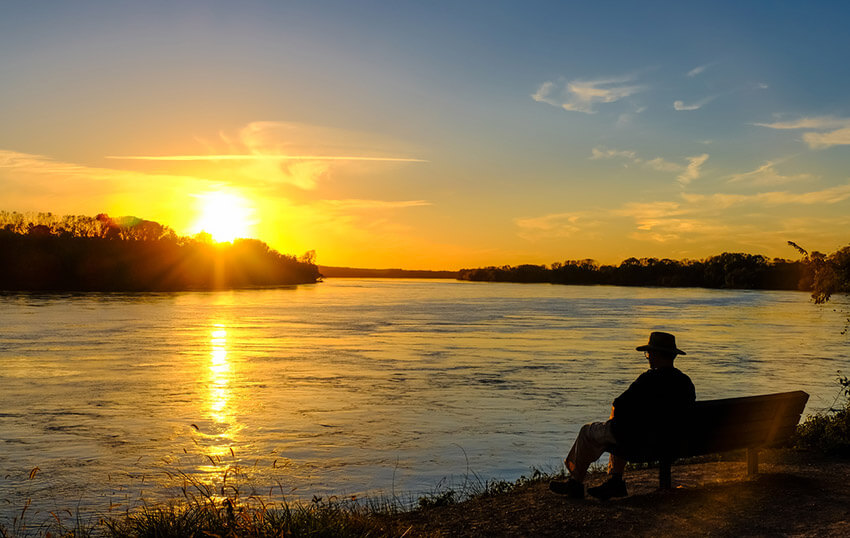 There comes a point in life where there is no tomorrow, only yesterdays.  A time where we remember the past knowing our future is limited.  It can be a time of deep reflection, and that is the case with my friend, Bill Shearon.

I met Bill about 15 years ago during my work with the City of Bradenton Beach.  I was the Chair of Planning and Zoning and Bill was to become the mayor.  I knew Bill was different from the beginning.  Not only did Bill not come across as a politician, he had also been blind for more than 20 years.

I wanted to introduce you to Bill because I believe there is a lot we can all learn from those who have walked before us.  Despite losing his sight, Bill has seen and experienced much in life.  Like many franchisees, Bill had a strong desire to control his own destiny and grow wealth for him and his family.  To be clear, Bill was never a franchisee, he was a boot strap entrepreneur.  He preferred to figure everything out on his own and has scars to prove it.  Bill has lived an interesting, successful life and has some very powerful experiences to pass along that are valuable for all readers in this space.

Bill was born in a Chicago suburb 73 years ago.  The son of a strong father, Bill learned the value of hard work early in life.  His father strongly believed in the importance of getting an education.  Unfortunately, Bill did not like school and he only spent one year in college before moving back home to Illinois.

Bill began to work on the family farm and at the grain elevator in which his father was a part owner.  He worked hard shoveling corn and moving grain.  Eventually, Bill realized that he liked the grain business and supplemented his experience by studying accounting in the evening.  He learned about the business side and began to actively trade commodities.  He bought his father out and grew the grain business for several years before eventually selling at a profit.

Bill then transitioned into the oil business, beginning as a ‘jobber’ driving trucks and delivering oil.  Over time, he grew to become the eighth largest distributor for lubricants in the USA.  His company had more than 150 employees and controlled a significant portion of the lubricant distribution business in the Midwest.

Nearing his 50th birthday and in the process of losing his sight, Bill sold his business and retired.  After living on his yacht for six years, Bill and his life partner, Tjet, settled in Bradenton Beach where we met and eventually became friends.

During my time with Bill I asked him what he has learned.  What type of advice would he wish to pass forward to those who hope to build a successful life?  Would he do anything differently?

Whether you are in the oil or grain business, thinking of becoming a politician or pursuing the dream of owning a business, I think we can all benefit by reflecting on some of the lessons Bill has learned throughout his life.  Here is some of the valuable advice he passed along:

At the end of our conversation, I asked Bill one last question – ‘Regrets.  What are your regrets?’  Bill thought for a while and said, “Well, I always wanted to own a helicopter, but I never did.  Other than that, my bucket list is complete, and I am ready for what is next.”

How wonderful!  Isn’t that what we all want to be able to say as we look back on our lives?

As you know, I normally write about franchising.  If you are considering franchise ownership, hopefully, you will be able to apply some of Bill’s suggestions, action items, personal philosophies and thoughts on life and relationships to your own situation.  The perfect tribute to Bill would be to remember his words of advice to further your own dreams of entrepreneurship.  He would like that.