ATLANTA -- Flip Flop Shops®, one of the fastest growing retail chains in North America, today announced the latest deal in an international development hat trick: a master franchise agreement with the retail-savvy team behind Happy Toes Caribbean. The agreement calls for the establishment and development of at least 20 new shops throughout the islands, the first of which will open in Aruba in late 2014. The master franchise rights agreement also covers the management of three already well-established shops in St. Thomas, St. Maarten and Curacao. 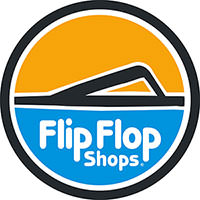 Go into business for yourself, not by yourself with a Flip Flop Shops franchise! With 5 decades of franchising experience, Flip Flop Shops knows how to help its franchisees succeed. Our turn-key system makes getting...