Logic vs. Emotion in the Franchise Buying Process 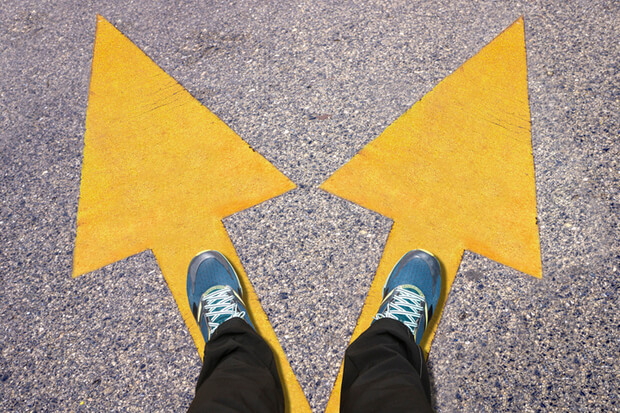 Think becoming a franchise owner is your next career step? There are many advantages to running your own franchise—from the freedom to be your own boss to the comfort of knowing you have the backing of a proven system. But before selecting the franchise that is right for you, it’s important to align your heart and your head with the opportunities you are considering to ensure you have found the perfect fit. This should be a decision based on logic, not emotion.

Lead with your head, and your heart will follow

Want to save yourself time and aggravation? Before even considering which franchise is right for you, spend some time thinking about what potential and skills you bring to the table. Start by asking yourself important questions about your goals, dreams and desired lifestyle. In Rick Bisio’s, The Educated Franchisee, he tells the story of a former salesman who had a passion for golf. The man decided to open a golf store but soon came to feel trapped. It turns out that his passion for golf didn’t translate into feeling fulfilled in his business venture. The man’s skills and talents were in outside sales, and he wasn’t able to utilize them stuck indoors at the golf store.

There’s a lesson in Bisio’s story for anyone searching for the right franchise opportunity. Your personal passions and hobbies shouldn’t be the primary factor in your decision process. It is more important to make sure your skills and talents align with what it takes to be successful in a particular franchise system. This is not to say that passion doesn’t have a place in the due diligence process. Passion for the people in the system, including the leadership, is critical. You must like and trust the people who will be supporting your business. You should be excited and passionate about the overall mission of the franchise system.

But how can you ensure that you’re making the right decision? You must ask the right people the right questions. Franchise Gator has created a periodic table of due diligence to help guide you through this process so that you make the most informed decision possible.

Other common mistakes when searching for a franchise

Too many franchise owners opt for a business because of emotion. There’s even research out of the University of Texas to back this up. While selecting something, including a franchise, based on emotion may be natural, it’s not the most logical way, and it could cause you problems down the road. If a franchise opportunity appeals to you emotionally, be sure that it also helps you achieve your end goal, whether that is providing for your family, creating a legacy to pass on to your children or simply achieving financial stability.

Another common mistake prospective franchisees can make is selecting a franchise because you like their product or service, i.e. you like to bake cupcakes, so you buy a bakery franchise. While this logic is not without its merit, it shouldn’t be your sole basis for your selection. Consider how involved you want to be day-to-day. Do you prefer to be a hands-on owner/operator or an absentee owner? Also investigate the franchise’s support system, corporate staff and investment in franchise owners.

A franchise concept that you are passionate about with a leadership team you don’t respect presents many challenges to success. Be sure that you like and respect the leaders of a system because you can’t separate them from the business model, it’s a package deal.

Once you have gone through these questions and a thorough due diligence process to narrow down which kinds of franchise systems will work best for your needs and goals, you can start to contemplate actual concepts. Becoming a franchise owner is an exciting step, and with the right forethought, it can be one you make with confidence.

Check out Franchise Gator’s tool to help you make an informed decision about your franchise investment.