Russo’s Restaurants, the family of dining concepts that includes Russo’s New York Pizzeria and Russo’s Coal-Fired Italian Kitchen, announced today plans to significantly enhance the brands’ U.S. and international presence for the remainder of 2015 and beyond amidst preparations for the 2015 Multi-Unit Franchising Conference.

David Martinez, Russo’s franchisee and multi-unit operator of three units with plans for a fourth, will be among the event’s session speakers. Martinez will help represent the brand as it kicks off 2015, which has included the opening of the company’s twenty-first Houston area location in Spring, Texas. An additional 10-12 restaurants are planned to open during the remainder of the year throughout markets like Dallas, Houston, San Antonio and Austin. Currently, there are 20 Russo’s Restaurants in development. Additionally, Russo’s New York Pizzeria has just signed two agreements in the UAE, bringing its total to six in the Middle East. 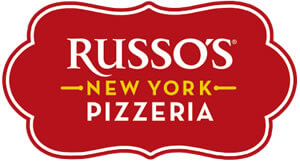