The Secret to Success for Entrepreneurs 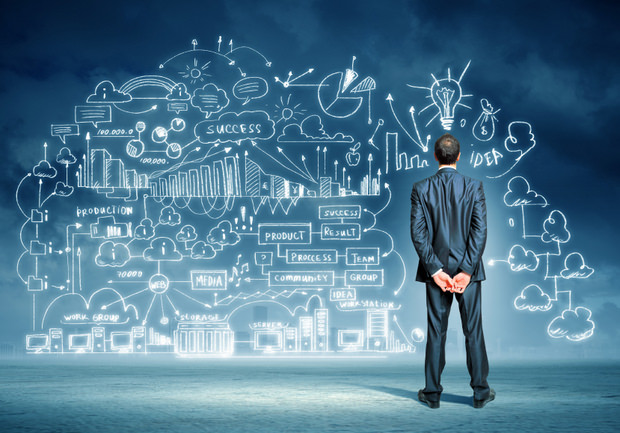 Where Does Success Begin?

If you’re an entrepreneur or future business owner and are looking for the secret to success, it all starts with fear and doubt. Growth – some may use the word evolution –  is the
result of trying new things. There is always
the element of the unknown when you do something new and, as discussed in
Chapter 1 of my book The Educated Franchisee, the unknown is the driver of fear and doubt for those considering a business opportunity. Everybody wants happiness, a wonderful spouse, an amazing job and financial
independence – that’s easy. The question is "What are you willing to give-up in order to achieve the next level of success?" You see, everyone wants the rewards but very few are willing to pay the cost.

As a franchise coach and entrepreneur, I have spoken with literally thousands of future business owners. At the core of all human behavior, our needs are more or less similar. We are attracted toward positives and seek to avoid negatives. But, unfortunately, a lifetime of taking the path of least resistance, fearing mistakes and avoiding risk rarely adds up to much. It may be comfortable and it may feel good at times, but it is not the path to growth, improvement and eventual success.

Growth requires doing things that are often uncomfortable, new, and a bit scary. The degree to which we grow during our life is not determined by the good feelings we collect but by the challenges we are willing to take on. Each time we take on a new challenge, each time we take a risk, we encounter a degree of fear; this is natural and necessary
for growth and learning. But the problem today is that society constantly promotes risk avoidance.
Watch the TV, talk to your friends, read a magazine and you’ll see the constant
message of avoiding risk. If you are the person that goes out and tries new things, there is a societal cost. You become an outsider; you are going against the stream; you’re different. And although success can lead to admiration, failure can have the opposite effect. At the end of it all, the very attempt to evolve is risky and scary!

Is it Wrong to Want Success?

Know this: it is OK to succeed. Many of us do not allow ourselves to be truly
successful – personally or professionally; it’s almost as if deep down inside we don’t feel worthy.

I experienced these feelings myself with my very first job. I was hired to work in a factory along with ten other young people from Kansas City’s inner city. We cleaned and painted; that was our job description! Half way through my second summer, because of my hard work, I was
given a promotion into the ‘office’. That very next Monday, I showed up in a shirt and tie and stepped into my air conditioned office. However, for the rest of the summer my friends still worked at cleaning and painting. It was incredibly awkward, and I began feeling guilty that I had been promoted and they had not. I knew they were jealous, but it wasn’t until years later that I learned how my success had given them a kind of permission to believe that they, too, could succeed.

Is Fear or Guilt Holding You Back?

It’s important to understand your own feelings about success, as well as any fears you may have with regard to those things needed to achieve (risk, challenge, etc.) Ask yourself if any of the following statements apply to you?

If you answered ‘yes’ to any of those questions, my best advice to you is to stop limiting yourself. Don’t give in to fear and doubt. You are great and you have the ability to do great things. We all do. You simply have to believe in yourself. Once you do that and allow yourself to try new things, you’ll grow and unconsciously allow others to do the same.

I am going to close with a powerful passage from Our Deepest Fear by author Marianne Williamson:

Our deepest fear is not that we are inadequate.

Our deepest fear is that we are powerful beyond measure.

It is our light, not our darkness that most frightens us.

Your playing small does not serve the world.

There is nothing enlightened about shrinking so that other people won’t feel insecure around you.

We were all meant to shine, as children do – It’s not just in some of us, it’s in everyone.

And as we let our own light shine, we unconsciously give other people permission to do the same.

As we are liberated from our fear, our presence automatically liberates others.