Now is a Great Time to Start a Business 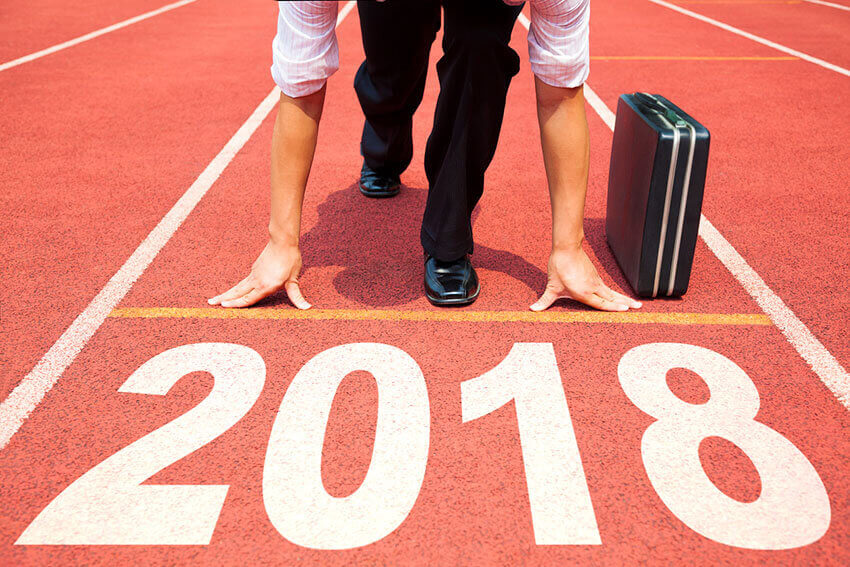 There are a lot of reasons why now is a good time to take the leap and start a small business. 2018 and 2019 are both shaping up to be advantageous economically, thanks to 2018’s tax reform that benefits small businesses. Overall the health of the economy is positive. A study conducted by Intuit projected that “the number of U.S. small businesses will grow from 30 million in 2016 to over 42 million in 2026.” One of those could be yours.

Although current interest rates have increased modestly in the past year—1/4 of a point— they are still low at 1.75 percent. The fact that interest rates are starting to slowly increase is actually another indicator of the improved state of our economy. As interest rates rise, the lending market will become more competitive, something that small businesses can benefit from in terms of access to capital. Increased funding options give entrepreneurs more choices for financing and a greater chance of having a lender approve their loan request. Now truly is a Goldilocks moment for financing that should be seized before the rates go up again.

In addition to low interest rates, unemployment is also at its lowest level in the country since 2000. A lower employment rate means more people with money to spend and become customers, and overall it leads to higher consumer confidence. The consumer confidence index climbed to a level we haven’t seen since 2000, and is close to an all-time high.

The last recession officially ended in June 2009, but the true recovery took longer, with the real GDP not achieving its pre-recession levels until 2011 and unemployment taking until May 2016 to go back to its pre-recession numbers. But for 2018, economists have been predicting positive growth, up to 3 percent. This would bring the U.S. economy to a post-recession increase of potentially 43 percent.

At the start of 2018, the International Monetary Fund projected economic growth of 2.7 percent in the U.S., while economists with Wells Fargo indicated an anticipated growth of 3 percent.

These are not the only economic numbers that are climbing. CNN Business reported that the Conference Board’s end of 2017 survey found consumer confidence at record highs, with the expectation it would remain strong into 2018, thanks to the strength of the stock market, job growth and the tax reforms.

One particular aspect of the recent tax reform bill that is beneficial to anyone contemplating starting their own small business is the change regarding pass-through entities. Most small businesses in the country fall into this category, including sole proprietors, partnerships and S corporation. The reform gives these businesses a 20 percent deduction on their taxes for any pass-through income.

Finally, existing small business owners indicate that they are happy and confident with their decision to pursue entrepreneurship. Guidant Financial’s 2018 State of Small Business survey found that 63 percent of small business owners ranked their confidence level at a 7 or higher on a scale of 1 to 10. Their happiness level was also high and climbing, averaging 7.52 out of 10 in 2017, and 8 out of 10 in 2018.

If you think you are ready to seize the opportunities that today’s economy is presenting small business owners, there are some things to consider.

First, do you have enough capital to not only get your business up and running, but also to fund it if it takes you longer than anticipated to turn a profit? The 2015 Global Entrepreneurship Monitor (GEM) survey revealed that more than 50 percent of the small businesses that failed did so because they didn’t make enough money and didn’t have sufficient funding to cover the gap.

Equally important is the personal motivation and organization that you have. Successful entrepreneurs possess what Jerome A. Katz and Richard P. Green II referred to in their book, Entrepreneurial Small Business, as the 5 “P’s”—passion, perseverance, promotion, planning and professionalization.

Finally, before embarking on small business ownership, it is vital to discuss your plans with your family. Entrepreneurship requires a significant time commitment, particularly in the beginning. You will want to be sure that your family understands how all of your lives will be affected and the stresses you will be under before they sign off on your idea.

Time to realize your dream

You are not alone in your desire to be your own boss. A UPS Stores’ survey, Inside Small Business, found that about two-thirds (66%) of Americans dream of opening a small business. Changes in technology are making this goal easier than ever to realize. The number of physical storefronts may be declining, but e-commerce is increasing. This shift can actually open up a broader consumer base for your business. Instead of being dependent on your local community, you have access to a national audience. Technology is also helping would-be small business owners is by improving their digital commerce solutions. For instance, creating content and websites are easier and less expensive for entrepreneurs than ever thanks to web platforms such as WordPress or Drupal.

If you have been on the fence about pursuing your dreams of being your own boss, there really is no better time than now. Do your due diligence and investigate your options. Today’s economic advantages definitely increase your odds of success, and 2019 promises more of the same.