How To Evaluate An Emerging Franchise

It's important to carefully evaluate a potential franchise opportunity before deciding to become a franchisee. Although successful franchises have spent considerable time building infrastructure, a broad customer base, and a system within which individual franchisees can be successful, there can still be problems within the franchise or just aspects of the franchise system that don't fit with your particular business goals and objectives. 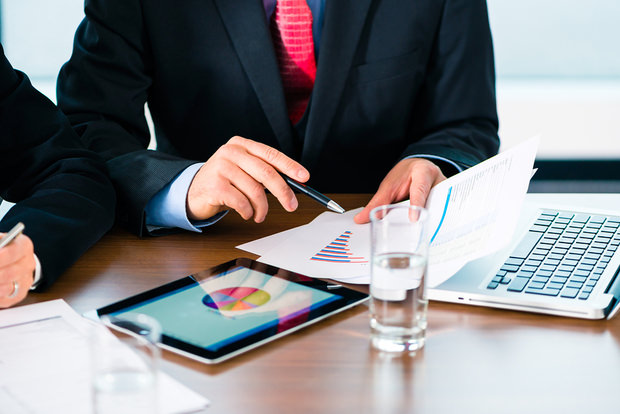 Evaluating the franchise's history, financials, business model and support structure will give you a good idea of what you're getting into as a franchisee, as well as reassure you that all is well and the company is a successful one, not just one that looks successful. You can then make an educated decision about whether the franchise is a good one in which to invest your money and time.

Differences Between Established and Emerging Franchises

Criteria to Use for Evaluation

It's not always possible to evaluate every aspect of emerging franchises, but you can still gather a lot of helpful information. Start by evaluating the financials of the parent company. You want to see a successful company with multiple locations, lots of profit and continued strong growth going into the franchising phase. Any instability at this stage may become catastrophic while trying to support multiple franchisees as they start from nothing and grow the business.

While investigating financials, you can also ask questions about how the franchisor plans to handle the financial impact of franchises on the business. If there doesn't appear to be a detailed financial plan or the plan seems unclear or doesn't make sense to you, that may be a red flag that indicates possible future problems.

It's important to understand the business plan for the franchise you want to operate, since unlike an independent business owner, you are required to follow the plans and structure laid out by the franchise. "If you think you know more than the franchisor, don't go into franchising," advises Taziki's Mediterranean Grills franchisee Dale Wasem. If you don't understand the plan or don't think it's the best way to run the business, you may want to move on to other options rather than invest years of your life in a business plan you can't fully support.

The potential franchisor should have a market analysis showing that there is a market for the goods or services the franchise offers with a good deal of growth potential. You can also do your own research to verify and supplement the franchisor's numbers. Competition is another important factor to evaluate. You want some competition to show that there is a demand for the product, but too much competition could indicate that the market is saturated.

No competition at all could mean that the market for the product or service isn't big enough to sustain franchises. Have there been other franchises that have offered similar goods and services? What happened to them? You can avoid getting into a franchise that can't sustain itself by doing due diligence to make sure a sufficient market exists.

There are certain franchise sectors that are growing rapidly, such as senior home care, children's services, fitness, and health food franchises. If the potential franchise is in one of those areas and the overall evaluation looks good, that may be a promising franchise to pursue.

Investigating the structure of franchisor support for their franchisees is a typical part of the research process, but when no franchises exist, there are no franchisees to talk to or observe. The only way to evaluate the support system is to ask lots of questions about what the franchisor plans to do to support franchisees, and to take him at his word. As with existing franchises, you want to see plans for training in all aspects of the franchise business, advertising and marketing support, and a clear business model for franchises.

The more details an emerging franchisor can give you about plans to establish franchises, the better it will be for you as a franchisee. Having details worked out shows that the franchisor has thought through the process of franchising and has made definite plans, whereas a vague plan has great potential to fall apart when unexpected variables begin entering the picture (and they will).

Something to investigate closely at this stage is evidence that the franchisor has a track record of not following through on plans or keeping his word. Since there are no existing franchisees to ask about follow-through and how well plans were followed, any signs that franchisors may have failed to keep their word or follow through on plans could be an indication that they may not keep their word or follow through when it comes to their franchises, either.

While you may be more likely to give established franchisors the benefit of the doubt (partly because they and you both know that you can verify their word if you want to), a greater degree of caution is necessary when you don't have a track record with which to verify their claims.

Getting to Know the Franchisor

A big part of any business opportunity is developing relationships, so part of the evaluation process should be getting to know the potential franchisor. You want to feel comfortable working with the franchisor and other staff members and to get a general sense of their personality and business practices. For smaller franchise companies that are just getting started, it may be possible to influence the terms of your contract, although you should be focused on the overall franchise's success and not just on getting favorable terms for yourself.

Ground-floor franchisees may sometimes function as advisors when a franchisor is willing to use them. There may be almost a sense of working together rather than the franchisor dictating all of the terms of the franchise agreement. This kind of relationship is not necessarily a requirement, but it often happens as the franchise company grows and transforms into its new structure.

Quality franchisors will be just as eager to get to know you as you are to get to know them. If a franchisor seems too eager to sign you up as a franchisor without really getting to know you, it should make you think twice about joining that franchise system. "We look for franchisees who have solid character, good business sense, and a passion for the industry that we are in," says Ben Midgely, CEO and Co-founder of the Crunch Fitness franchise.

Having high standards for the franchisees they accept leads to more success down the road for selective franchisors. Getting the best people you can is always a big part of any business, and franchising is no exception. Part of your evaluation criteria for choosing a franchise should be based on whether the franchisor takes the time to evaluate you and what you have to offer the parent company.

Part of the evaluation process for an emerging franchise should involve a measure of self-evaluation. Too many franchisees fail to evaluate their own needs and expectations as they go into a franchise commitment. Building an emerging franchise is exciting and gets you in on the ground floor of a growing business, but it takes a lot more work than stepping into an existing franchise with an existing customer base and system in place. It's important to realize this reality from the start and be willing to put in the long hours it will take to get a brand-new franchise off the ground.

It is also realistic to expect that costs for an emerging franchise will be lower than they are for well-established ones. This is because of the lack of a successful track record, which makes an emerging franchise a riskier investment. Getting in on the ground floor may get you long term loyalty discounts even if subsequent franchises go up in price. This is your reward for taking a higher risk at the outset of the franchise process.

Having the Right Experience

An emerging franchise may not be ideal for those without any experience in successfully building and running a business. Because of the need to grow the business from the ground up, emerging franchises may be best for experienced franchisees or entrepreneurs that have previously created and built businesses.

Following the franchisor's business plan is still important, even if you feel like you could do it on your own. An effective franchisor can't let each franchisee do things in their own way because part of the franchise model is uniformity among franchise units. However, a wise franchisor may allow input and incorporate advice from ground floor franchisees as the structure is built and established.

Higher risk is a part of owning an emerging franchise, but an effective evaluation process will help to weed out problem opportunities and point you toward opportunities with higher success potential. It's important to be comfortable with some level of risk and not to put all of your resources into the franchise unless you are willing to risk losing them. Most franchises are successful, but some do fail. A good evaluation process including an accurate self-evaluation of your skills will minimize the risk as much as possible.

Because emerging franchises are more risky than established ones, you don't want to put your entire life savings into an emerging franchise. No matter how detailed your evaluation process, you may still miss something or miscalculate some aspect of the deal.

Get Expert Input Before You Commit

One resource that can help you weigh your emerging franchise options is a franchise directory or broker. A franchise broker looks at different franchise opportunities and helps you evaluate which one will work best for your needs. Franchise Gator has thousands of opportunities on our website and offers expert advice and articles as well as direct input from their staff members when needed.

No franchise business should operate in isolation with one person making all of the decisions alone. Wherever you turn to for help and advice, use the same evaluation skills to decide if the advice you are getting is good.

Your franchisor can provide information about how long it may take to become profitable, but be sure to look closely at the documentation behind the numbers provided and plan for it to take longer than projected. That way, you are covered if it does take longer, and if it happens faster than expected, that will be a bonus rather than a necessary part of the plan.

Not every situation is the same, and there are many variables that determine the success of a franchise. While evaluating an emerging franchise can take away a great deal of the risk, it is also true that many unexpected things happen when building a franchise from the very beginning.

Franchise Gator offers franchise opportunities ranging from emerging franchises to well-established ones that can match any type of franchise seeker. 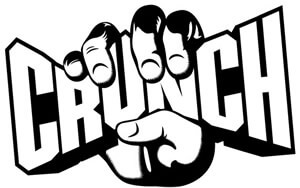 Crunch is one of the hottest fitness clubs, in one of the best industries there is. It's led by a world class team of fitness professionals that have identified a sweet spot in the market that will give franchisees a...