Recently, the International Franchise Expo released their monthly report for September. The ADP National Franchise Report (NFR) shows progress for the franchising industry, with more than 15,000 jobs created in September alone. The Franchise Business Index (FBI), which is also used as a snapshot of the franchise industry, was delayed due to the government shutdown earlier this year. 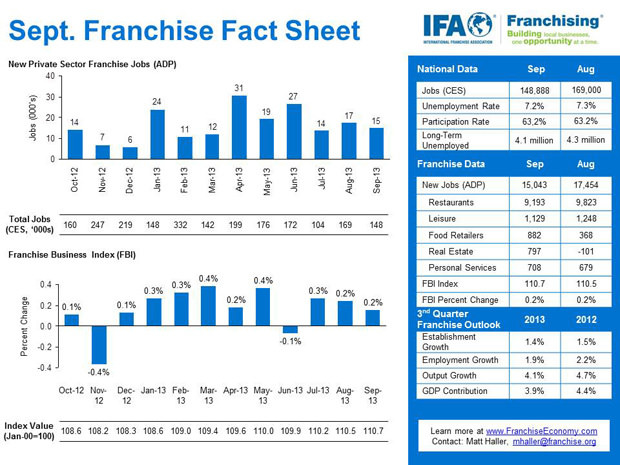 A majority of the job growth was in the restaurant, leisure, professional and personal services, and real estate industries. The growth in September is consistent with the level of growth in job numbers for the past year. As of now, the franchise sector accounts for 8.05 million jobs, with restaurants accounting for roughly 50% of this total. More information on the September fact sheet released by the IFA can be found here.