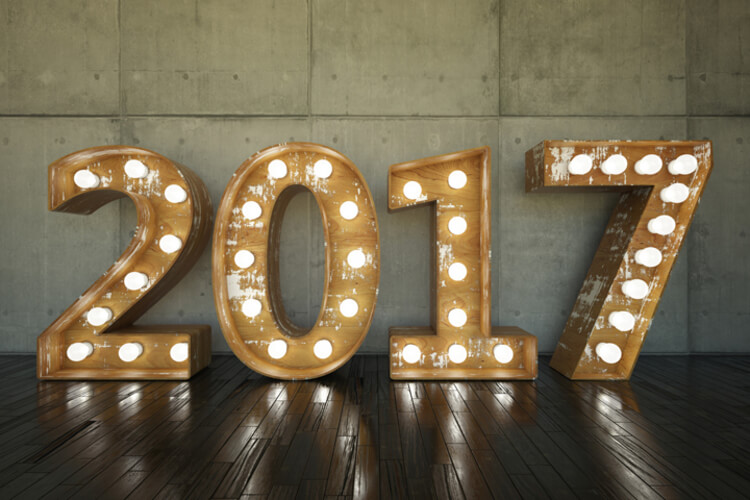 Looking back at 2016, what types of franchises experienced the most growth? Personal services, lodging, business services, quick-service restaurants, retail products and services, and commercial and residential services were all forecasted to grow from 1.6 to 1.9 percent over the last year. The top two industries that experienced the most growth were personal services and lodging. Personal services—spas, childcare, tutoring, senior care, hair salons and paint-and-sip studios—are capitalizing on an aging population with disposable income. In addition, an improving economy has lowered fuel costs and boosted travel resulting in many major chains going into expansion mode. All kinds of companies are experiencing impressive growth. Here are six franchises tapping into this demand we recommend watching in 2017.

The rapid growth of the quick service restaurant franchise category is expected to continue as more and more consumers demand more nutritious, on-the-go meal options. Demand for breakfast options is anticipated to increase especially, as quick-service franchises search for innovative and nutritious breakfast foods. New and exotic flavors, as well as premium alternatives and options to customize food based on daily calorie intake, will also affect this category in the years to come, as the influence of millennials continues to grow.

Addressing the needs of the millennial market, Dickey’s Barbecue Pit has updated its locations, rolling out a new sleek design that hits all the current fast-casual hot buttons and appeals to a larger demographic, utilizing unisex bathrooms, subway tiles and dedicated lanes for online orders. As America’s largest barbeque franchise, Dickey’s Barbecue Pit mixes the legacy of its founder, Travis Dickey, who started the business in 1941, with the needs of today’s consumer.

Media reports and public health concerns about communicable diseases have sparked a surge in one area of the commercial and residential services franchise world—pest control. The growth potential is big for service companies that aim to improve the quality of life for homeowners. The booming $11.4 billion pest control industry is focused on allowing people to enjoy their yards while eliminating the worry of encountering mosquitoes, fleas and ticks.

Mosquito Joe is well positioned for growth in the outdoor pest control category, expanding from one unit in 2013 to 171 in 2016. The franchise system has emerged as an industry leader due to its strong branding, best-in-class systems and ability to grow rapidly nationwide. Looking to add a home-based or seasonal business to your existing portfolio? Or do you have an existing home services business experience and are looking to expand your service in your community? Mosquito Joe offers an easy to understand business model that you can manage on the go via web-based software.

Commercial and residential services is another franchise area with great growth potential in the year ahead, with revenues for contract building maintenance services rising 4.3 percent per year through 2017, according to a study conducted by Freedonia. Interior building cleaning, including carpet cleaning, is expected to be one of the top growing segments, while the residential market is expected to grow faster than the nonresidential.

Chem-Dry has tapped into this growing market with their successful franchise opportunity. Home and business owners install an estimated 10 billion square feet of new carpet a year, and carpet makes up more than 52 percent of all residential floor coverings in the United States. Chem-Dry’s patented method allows carpets to dry more quickly and stay cleaner and healthier for longer than any other cleaning method, earning the Seal of Approval from the Carpet & Rug Institute.

As the baby boom generation ages, the need for elder care services will continue to increase. According to the U.S. Census Bureau, the senior population is expected to more than double by 2050. By 2030, almost 20 percent of the U.S. population will be 65 or over. Home care translates to an $85 billion (and growing) industry.

Nurse Next Door is a home care franchise that provides in-home care for clients, most of them seniors, who need everything from companionship to end-of-life care. Their growth since 2015 has been impressive— starting with 42 signed agreements in 2015 and signing another 49 over the next 12 months.

What sets the franchise system apart is its unique approach to aging. Rather than question clients about what’s bothering them, Nurse Next Door asks “What’s the one thing you used to love to do that you no longer do?” The focus is on helping clients rediscover activities and interests they thought they had lost forever to enrich their lives.

Another franchise area poised for rapid growth is personal services. The key is tapping into the evolving needs of society, for instance, the shift that has occurred in the perception of men’s grooming and self-care. As men become more conscious of their appearance it has created a demand for more products and services. The result is a 300 percent growth in sales of these products in 2015 alone.

Sports Clips was the first truly national brand to exclusively target the 150 million men and boys who need a haircut place to call their own. Franchising since 1993, Sports Clips has been ranked among Forbes “Top 10 Best Franchise to Buy” for three consecutive years. Offering men and boys a unique, sports-themed experience while receiving a well-executed haircut at a reasonable price is an experience customers simply can’t get anywhere else.

Like personal services franchises, business services franchises are a fast growing segment. A key area experiencing growth is exemplified by the franchise system FASTSIGNS, which offers innovative ways to connect with customers in a highly competitive marketplace. More than just signs, FASTSIGNS provides custom banners, displays and other graphics for individuals and businesses.

FASTSIGNS has earned an impressive list of accolades, including being named as Best in Category 2016 for Franchise Business Review and being named CFA Franchisees’ Choice Designation from 2011 to 2016, and has topped our list of Top 100 franchises for the past two years. Additionally, the franchise system is one of only a handful of franchises approved for $21 million in SBA financing for approved franchise candidates. Even with more than 400 existing units, FASTSIGNS grew 17 percent between 2013 and 2015.

Last year was a good one for many types of franchises, especially the six mentioned above. Learn more by checking out Franchise Gator’s Top 100 franchises for 2017.The year ahead is on track for the same, if not better, growth. Time to seize your opportunity!